“"Elements of Americana, Folk, Country and Singer/Songwriter, sounding like a perfect cross between Bruce Springsteen, Rodney Crowell and Dolly Parton, both vocally and musically speaking. It all sounds very fresh and memorable, with a nice variety due to the use of both male and female lead vocals as well as sharing them. Surrender Hill delivers high quality and should therefore not be ignored."” - Strutter Magazine 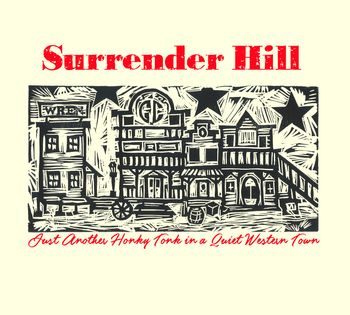 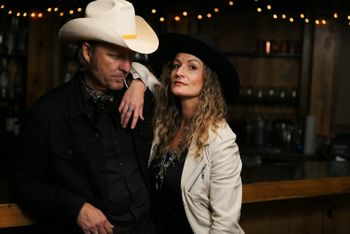 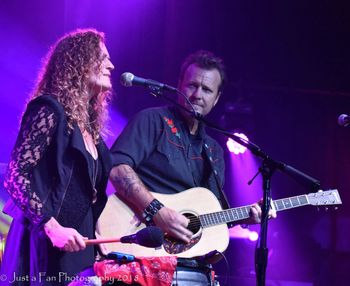 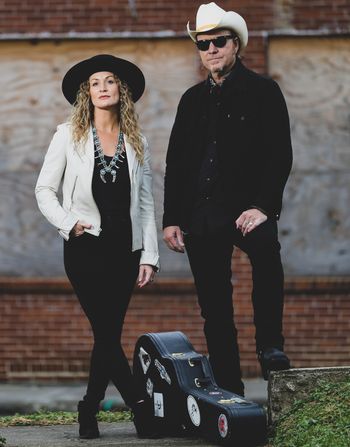 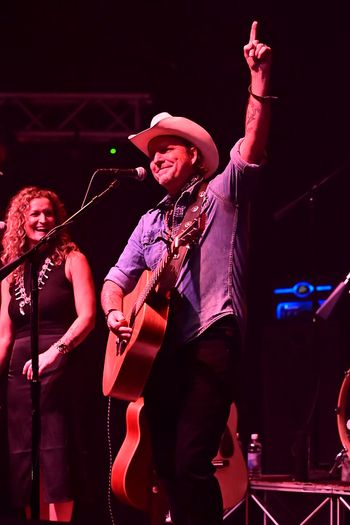 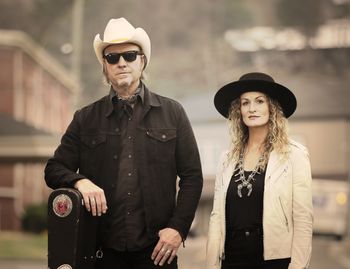 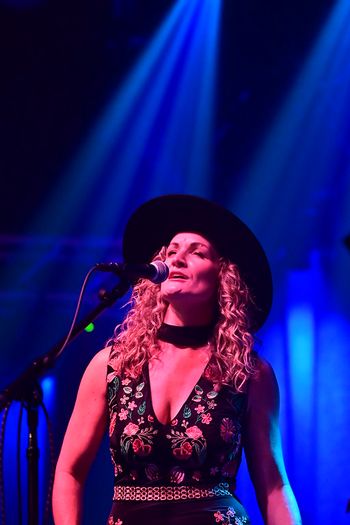 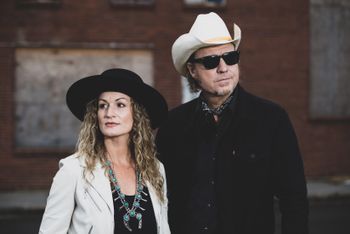 For years, Robin Dean Salmon and Afton Seekins made their living on the road.As the songwriters behind Surrender Hill, they played more than 200 shows annually, sharpening their blend of soul, country, and rock & roll one gig at at ime. They weren't just an Americana duo; they were full-time world travelers, too, funneling their experiences into the story-driven songs and autobiographical anthems that filled albums like A Whole Lot of Freedom.Things changed in 2020, when a global pandemic brought Surrender Hill's touring schedule to a sudden halt. From their home in northern Georgia, Robin and Afton watched as the country around them struggled to regain its footing. They began writing songs that responded to the modern moment—songs about division, struggle, survival, and redemption, anchored by melodic hooks and diverse arrangements. Some songs nodded to the band's longtime appreciation for mellow, melancholic Americana music. Others skewed closer to honky-tonk and western swing,influenced by larger-than-life Texans like Bob Wills and Willie Nelson.The result is Just Another Honky Tonk in a Quiet Western Town, an ambitious double-album project that shows the full reach of Surrender Hill's abilities. The first record,Just Another Honky Tonk, unfolds like the jukebox playlist of some neon-lit cowboy bar in the Wild West, full of Telecaster twang, classic melodies, and the occasional dobro. It's a lighthearted record, stocked with original songs inspired by Robin's childhood on a Texas ranch. An award-winning rock & roll frontman who spent the first half of his adolescence in apartheid-era South Africa, he relocated with his family to along horn ranch in Texas during the early '80s. When the teenage Robin wasn't listening to a cross-cultural mix of the Sex Pistols, the Texas Playboys, Marty Robbins, and the Clash, he'd participate in trail drives, spending his nights sleeping beneath the stars of a wide-open Texas sky. "I'll always remember the sound of these older cowboys sitting around the campfire during the evening, telling stories," says Robin, who pays tribute to those memories with Just Another Honky Tonk's opening track, "Cowboy Campfire Song."Just Another Honk's counterpart is Quiet Western Town, an Americana record that digs deep into the lonesomeness of today's world. "Tumbleweed" is a song about isolation, inspired by the shuttered store fronts and empty sidewalks that turned once-thriving cities into ghost towns during the early months of the Covid-19 pandemic. "Call Upon My Friends" celebrates the social circles that can provide support during times of struggle, while "Love Your Neighbor" nods to the dividing lines that run throughout American society, with lyrics that call for open-mindedness and compassion. “Nothing but the Skin” cuts through the divisive struggles we have all faced in recent times and beckons to wake up to the possibilities of finding deeper meaning through real human interactions.The diversity that runs throughout the two-disc Just Another Honky Tonk in a Quiet Western Town is emblematic of the bandmates' own experiences. Before meeting Robin at a gig in Sedona, Arizona, Afton Seekins grew up splitting her time between an Alaskan fishing village and an Arizona frontier town. A talented dancer, she moved to New York City during her 20s and found success as a choreographer, although her songwriting career ultimately brought her back home to Arizona. Salmon,

too, spent time in New York, where he signed a major-label deal with Sony Music as the frontman of the rock band See No Evil. A decade later, he found himself unable to shake the rootsy sounds of his childhood on the ranch, where cattle workers would strum country songs after a long day's work.Inspired, he relaunched a career as an alt-country songwriter, eventually forming a duo—and, later, a amily—with Seekins."We've both been making music for a long time," he says. "There have been times where each of us has struggled with self-doubt, but together, Afton and I have found our own oneness. There was her and there was me, but now, there's Surrender Hill. We've found our stride as people and as a band, and that really shines through on this record. We're exploring two genres over two different albums, but together, it's one project."That feeling of togetherness extended to the project's recording sessions. Across the country, bands like Surrender Hill found themselves stuck at home, their touring schedules canceled due to the pandemic.Robin and Afton reached out to many of their housebound friends,asking musicians like pedal steel player Mike Daley and guitar legend Mike Waldron to contribute to the record from their own homes.Despite being created during a quarantined year,Just Another Honky Tonk in a Quiet Western Town brought its cast of songwriters and sidemen together, emphasizing collaboration and camaraderie along the way.Don't let the band's name fool you. Surrender Hill is still fighting the good fight, responding to the challenges of contemporary life with music that's ambitious, hook-filled, topical, and artistically diverse. Just Another Honky Tonk in a Quiet Western Town is an album that creates its own geography,setting up camp at the crossroads of Americana, outlaw country, and western music.

THIS HAS BEEN SAID

“The duo's most thorough and far-reaching album to date, A Whole Lot of Freedom, showcases their strengths for strong harmony singing and engaging story songs” -Times Courier-

"These two ain’t about clichés – they’re singing for Everyman and they can definitely pull that off on this solid Americana entry." -Rock and Roll Call-

“Surrender Hill is much more than a man and a woman just singing together. On Their second album 'Right Here Right Now', Robin Dean Salmon and his partner Afton Seekins are once again performing strongly with heavenly harmony vocals and impressive country ballads that will easily help to put you in the right mood for an evening in the arms or your beloved." -Rootstime-

"Elements of Americana, Folk, Country and Singer/songwriter, sounding like a perfect cross between Bruce Springsteen, Rodney Crowell and Dolly Parton, both vocally and musically speaking. It all sounds very fresh and memorable, with a nice variety due to the use of both male and female lead vocals as well as sharing them. Although there are countless similar releases and in the past we have seen many album releases in this style, Surrender Hill delivers high quality and should therefore not be ignored." -Strutter Magazine-

“Salmon should be the poster boy for the Americana-Roots music movement that can only be described as real and honest music.” Dan Engler - Kudos Magazine

"Surrender Hill is mostly a duo, but the two also work well inside a band. Salmon's voice has just the right amount of spit for country/folk music and Seekins adorns hers with small touches of nasal twang."

"Surrender Hill creates an effectively homey vibe on their rootsy new “Tore Down Fences,” a welcoming environment built on a comfortable blend of country, rock and soul." -Knoxville Sentenal-

"Together they radiate a lot of positive energy" -Alt-Country NL-